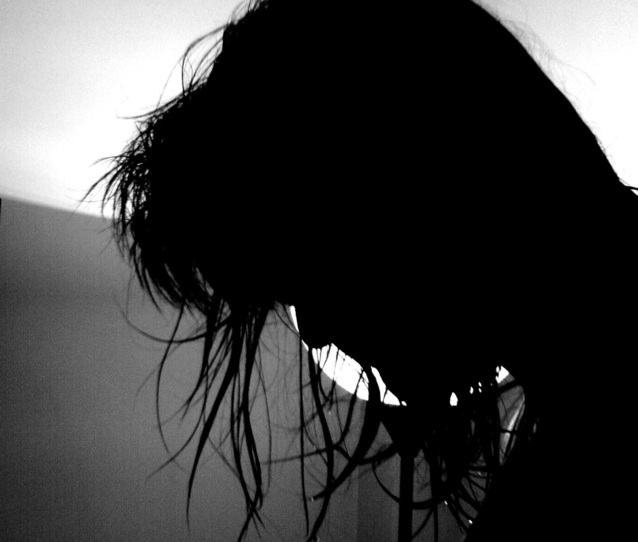 The UK has an epidemic of grooming gangs. Since 2013 there have been trials and convictions in a total of 27 towns so far. And it’s far from over: police are currently investigating another gang in Bolton after a girl was raped there for over 2 years. On 8th September, the Daily Mail ran a horrific story about a young girl who was ‘passed around and had sex with 100 Asian men by the age of 16’; on the 15th September it published a piece on ‘Sarah’, abducted at 15, repeatedly raped, forced into two marriages and subject to 8 abortions over 12 years.  Sarah’s case has be taken up by the Christian Legal Centre and Baroness Cox in the House of Lords. When Sarah Champion, the Labour MP for Rotherham said in 2017 that Britain has a “problem with British Pakistani men raping and exploiting white girls,” she was stating an uncomfortable fact. It cost her her job.

Since then, politicians and the media have got more comfortable with mentioning the perpetrators’ ethnicity. In April, the Sunday Times wrote an article headlined ‘Asians make up 80 per cent of child groomers’. In July Sajid Javid wrote a letter to Sarah Champion, by way of validating her concerns, announcing new research into the “ethnicity of grooming gang members.”

But no-one seriously thinks it’s these men’s ‘Asianness’ that’s the problem. The perpetrators are not Korean, Chinese, Thai, Sikhs, Buddhists or Hindus. In fact Sikh, Hindu and Pakistani-Christian groups complained to the Sunday Times about its headline, saying it unfairly smeared innocent communities – some of whose daughters had also been victims of grooming gangs, writes Hardeep Singh.  Their complaint was rejected. The Quilliam Foundation, a Muslim thinktank,  had the courage to be more specific: according to their 2017 report 84% of perpetrators are ‘of Pakistani origin, with Muslim heritage.’

But the 84% figure doesn’t tell the whole story. Here are some more statistics from Peter McLoughlin’s very detailed book on the subject, Easy Meat,which make for more uncomfortable reading:

The next question is then – is there anything in the Qur’an and Islamic tradition that affirms the behaviour of the Muslim perpetrators? Let’s look briefly at Islamic teaching on five issues.1.Attitudes towards Muslims and non-Muslims 2. Prostitution. 3. Sex slaves 4. Uncovered women. 4.Sex with young girls.

According to Allah in Sura 3:110, Muslims are the “best of peoples ever raised up for mankind.”  Jews and Christians, on the other hand, are “the worst of creatures” (Sura 98:6). Allah has “no love for unbelievers” (Sura 3:32.) The perpetrators victims were non-Muslims, because their rapists perceived them to be of less worth – exactly how Allah sees them.

But let them who find not [the means for] marriage abstain [from sexual relations] until Allah enriches them from His bounty. And those who seek a contract [for eventual emancipation] from among whom your right hands possess – then make a contract with them if you know there is within them goodness and give them from the wealth of Allah which He has given you. And do not compel your slave girls to prostitution, if they desire chastity, to seek [thereby] the temporary interests of worldly life. And if someone should compel them, then indeed, Allah is [to them], after their compulsion, Forgiving and Merciful. (Sura 24:33, Sahih International)

This is a warning to men not to force their slave girls into prostitution but marry them instead – but it is a very weak one. Should a girl be forced into prostitution, Allah will forgive her – even though she has done nothing wrong! In Allah’s mind, it’s the girl’s fault she has ended up a prostitute, which is why Allah grants her forgiveness and mercy. Allah says nothing to the men who pay to have sex with her.

The Qur’an talks about taking female sex slaves from non-Muslim tribes. The Qur’an refers to them as “those whom your right hands possess” in Sura 4:3, 4:24,  and 33:50.  Sura 4:24 even sanctions taking married women as sex slaves:

And [also prohibited to you are all] married women except those your right hands possess. [This is] the decree of Allah upon you. And lawful to you are [all others] beyond these, [provided] that you seek them [in marriage] with [gifts from] your property, desiring chastity, not unlawful sexual intercourse. So for whatever you enjoy [of marriage] from them, give them their due compensation as an obligation. And there is no blame upon you for what you mutually agree to beyond the obligation. Indeed, Allah is ever Knowing and Wise.

The reason this verse was revealed, according to Sahih Muslim 8:3432, and Sunan Abi Dawud 2155, was to reassure Muhammad’s companions that their  female captives marriages were dissolved upon capture, and were so made sexually available to them.

Muhammad himself took a Jewish woman, Safiyah, as his wife, after her family (including her husband) were killed in the raid of Khybar. In this raid  Muhammad and his companions killed around 800 men and boys from the Jewish Banu Qurayze tribe (For a detailed account of this story click here.)

What is the reason Allah gives to Muslim women for covering up? So they won’t be “abused.”  By implication, uncovered women are sexually available.

O Prophet, tell your wives and your daughters and the women of the believers to bring down over themselves [part] of their outer garments. That is more suitable that they will be known and not be abused. And ever is Allah Forgiving and Merciful. (Sura 33:59, Sahih International)

Sura 65:4 gives guidance on divorce of girls who have not yet menstruated – which assumes they must have been married and having sex.

Muhammad married Aisha when she was six and consummated the relationship with she was 9 (Bukhari Book 58, Hadith 236). Muhammad is perplexed when one of his followers chose to marry a ‘matron’ instead of a young girl. Why? Because young girls are better for fondling.

Narrated Jabir bin ‘Abdullah: When I got married, Allah’s Apostle said to me, “What type of lady have you married?” I replied, “I have married a matron’ He said, “Why, don’t you have a liking for the virgins and for fondling them?” Jabir also said: Allah’s Apostle said, “Why didn’t you marry a young girl so that you might play with her and she with you?’ (Sahih al-Bukhari Book 62, Hadith 17)

Even at first glance – and there are many more examples – it’s clear that such behaviour does have precedent within Sunni Islam (Shia’s have different hadith traditions.) The perpetrators are doing what they believe Muhammad did and what Allah says in acceptable.

Thankfully most Muslims don’t commit such awful crimes; and Jeremy Corbyn has a point when he fears Muslims will be ‘demonised’ because of the wicked actions of a minority. But concern for the people should never let scrutiny of the ideology off the hook, not least when young girls are being tortured and raped on a massive scale.

The point it – we have a moral obligation to debate these things honestly. Why? Firstly, out of respect for the person, who, behind all other identities (religious, political or sexual) is a person made in God’s image, able to think for themselves. And secondly out of respect for Jesus Christ and His truth. “I am the way, the truth and the life, no one comes to the Father except through me” – John 14:6 ; “Everyone one the side of truth listens to me” – John 18:37; “They they shall know the truth and the truth shall set them free.”- John 8:32. Jesus is the only One powerful enough to change any of our spiritual reality.