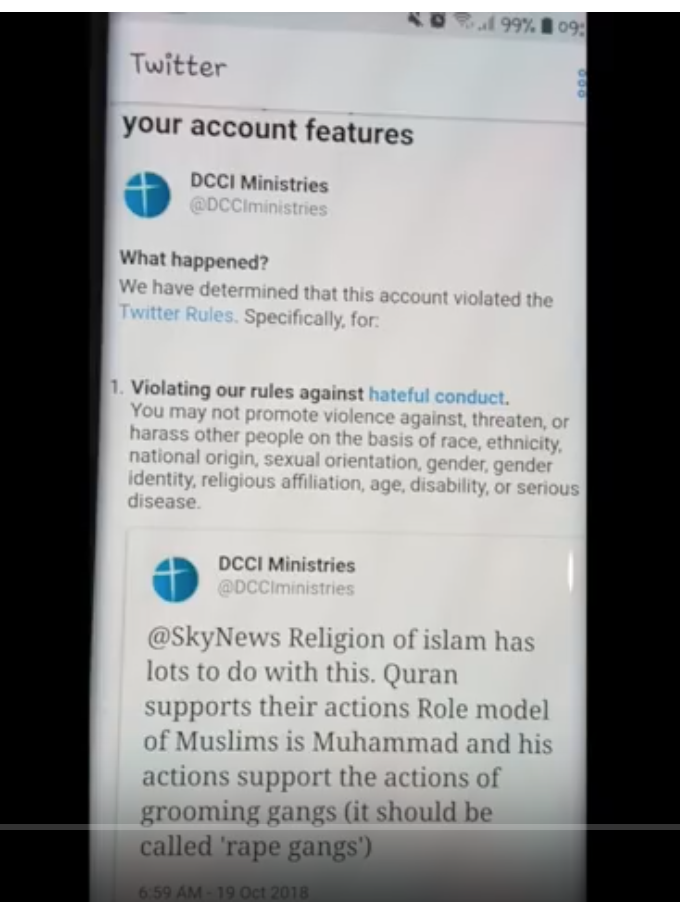 There have been two victories for freedom of speech recently. The first, on 28th October, was when Ireland voted in a referendum to scrap its blasphemy laws. Stephen Fry was reported by a member of the public in 2015 for the following comments:

“Why should I respect a capricious, mean-minded stupid god who creates a world so full of injustice and pain?” the actor said.”The god that created this universe, if it was created by a god, is quite clearly a maniac, utter maniac, totally selfish.”

The reaction from the political establishment was embarrassment swiftly followed by legislative reform. How ridiculous that this stuff is still on the statute book, said the press.

Meanwhile, in Pakistan, where blasphemy is a capital offence and blasphemy laws are defended by its UK educated Prime Minister,  Asia Bibi was finally freed after 8 years on death row. After some grubby bargaining with the political parties who wanted her dead, it’s hoped she has finally been allowed to leave the country – the latest news is still unclear.

But unlike Stephen Fry’s opinions, Western media outlets don’t like to repeat what Bibi actually said. The BBC reports coyly “she made three offensive comments about the Prophet Muhammad.”  Sky News says she was imprisoned “over allegations she insulted Islam’s Prophet Muhammad”. Mohammed Hanif in the New York Times went further still:

“We can never know what she may or may not have said because repeating blasphemy is also blasphemy, and writing it down may be even greater blasphemy. So let’s not go there….”

Surprise, surprise, the same newspaper decided to publish Stephen’s comments in full! Why this lack of editorial consistency? I wonder if the violent protests  across the country, calling for the assassination of Bibi and the judges who acquitted her had anything to do with it.

So what exactly did Asia say that everyone is too shy to report? Asia recounts answering her neighbour, who had just referred to Jesus as a “bastard”, with the words “I believe in my religion and in Jesus Christ, who died on the cross for the sins of mankind. What did your Prophet Muhammed ever do to save mankind?” Probably one of the most prescient, probing, relevant questions ever asked. And not even blasphemous -her neighbour was blasphemous. Either way – blasphemy should never be a criminal offence. But who cares? A blasphemy law is redundant when the mainstream media is sharia compliant by choice.

Indeed Twitter’s sharia-compliance officers charged us with ‘hateful conduct’, after we tweeted Sky News on the issue of grooming gangs:

“Religion of Islam has lots to do with this. Qur’an supports their actions. Role model of Muslims is Muhammad and his actions support the actions of grooming gangs (should be called ‘rape gangs’.” (You can probably tell which one of us wrote that.)

Clearly Twitter can’t tell the difference between ‘hateful conduct’ and ‘uncomfortable facts.’ But then, this is the organisation that accepted a paid  ad promoting female genital mutilation. (You can watch our response to Twitter  here, and you can read our article where we link the issue of rape gangs with Islamic teaching here.)

But at least the European Court of Human Rights is on the side of free speech – right? Wrong. The ECHR thinks free speech is less important than “the rights of others to have their religious feelings protected, and to have religious peace preserved.” So if people feel on religious grounds, that having sex with 9 year old child is acceptable (because their prophet did so) their religious feelings take precedence over proper discussion of their prophet’s behaviour.  All at a time when “child marriage has become one of the most pervasive and enduring forms of sexual exploitation of young girls in the Middle East and North Africa,” according to this  white paper on Child Marriage in the Middle East and North Africa.  (Click here for the full article by Jules Gomes.)  Likewise Asia Bibi won’t be offered asylum in Britain, according to one source, due to ‘security concerns and unrest in certain sections of the community.’ Yet again Muslim feelings trump the morally right thing to do.

Tomorrow is Remembrance Sunday. I wonder what the soldiers who laid down their lives would make of the freedoms they fought for being discarded so cheaply? But bemoaning it doesn’t help. Nor does silence. The church needs to find her voice again, and be firm and be courageous. We must “speak up and judge fairly; defend the rights of the poor and needy” (Proverbs 31:9); we must preach the Gospel in season and out of season (2 Tim 4:2), and “demolish arguments and every pretension that sets itself up against the knowledge of God” (2 Cor 10:5), especially as it gets more costly. But we can do with joy and hope, with Jesus as our victorious King.

‘I have told you these things, so that in me you may have peace. In this world you will have trouble. But take heart! I have overcome the world.’ (John 16:33)