One by one, Muslims walk away

Hatun confronts Muslims with the differences between the Hafs and the Khalaf Qur’an on Sura 4:43. Hafs has ‘laamastum‘ which means touch in a sexual sense; Khalaf has ‘lamastum‘ which means touch in a non-sexual sense. So in order to pray, what kind of washing does the man need to do after which kind of touching? And why is there this kind of discrepancy in the perfect, pristine, unchanged Word of Allah? Muslims have no answer.

The DCCI team tries to to find out which of the three (32, strictly speaking) Arabic Qur’ans the Islamic dawah team recites, and which one will intercede for them on Judgement Day?

Abu Umama said he heard Allah’s Messenger say: Recite the Qur’an, for on the Day of Resurrection it will come as an intercessor for those who recite It. Recite the two bright ones, al-Baqara and Surah Al ‘Imran, for on the Day of Resurrection they will come as two clouds or two shades, or two flocks of birds in ranks, pleading for those who recite them. Recite Surah al-Baqara, for to take recourse to it is a blessing and to give it up is a cause of grief, and the magicians cannot confront it. (Mu’awiya said: It has been conveyed to me that here Batala means magicians.) (Sahih Muslim, Book 004, Number 1757)

Hatun and Daniel look at the insertions into some of the earlier Qur’anic manuscripts. Thank you to Dan Brubaker for his amazing research on this topic.

Does the Qur’an contain plagiarised material?

Godwin tries to talk to the Islamic Da’wah team about why, if the Qur’an came directly from Allah, does it contain plagiarised material from the Jewish Mishnahs? Unfortunately the discussion doesn’t get very far due to the rude interruptions of Paul Williams.

We find it said in the case of Cain who murdered his brother, “The voice of thy brother’s bloods crieth” (Gen. 4:10). It is not said here blood in the singular, but bloods in the plural, that is, his own blood and the blood of his seed. Man was created single in order to show that to him who kills a single individual it shall be reckoned that he has slain the whole race, but to him who preserves the life of a single individual it is counted that he hath preserved the whole race. Mishnah Sanhedrin, 4:5

Muslims sweep the floor with the Qur’ans!

Are the Warsh Qur’ans dot by dot, letter by letter, sound by sound, vowel by vowel exactly same, as the Islamic Da’wah Team claims?  No – as Hatun has demonstrated time and time again. 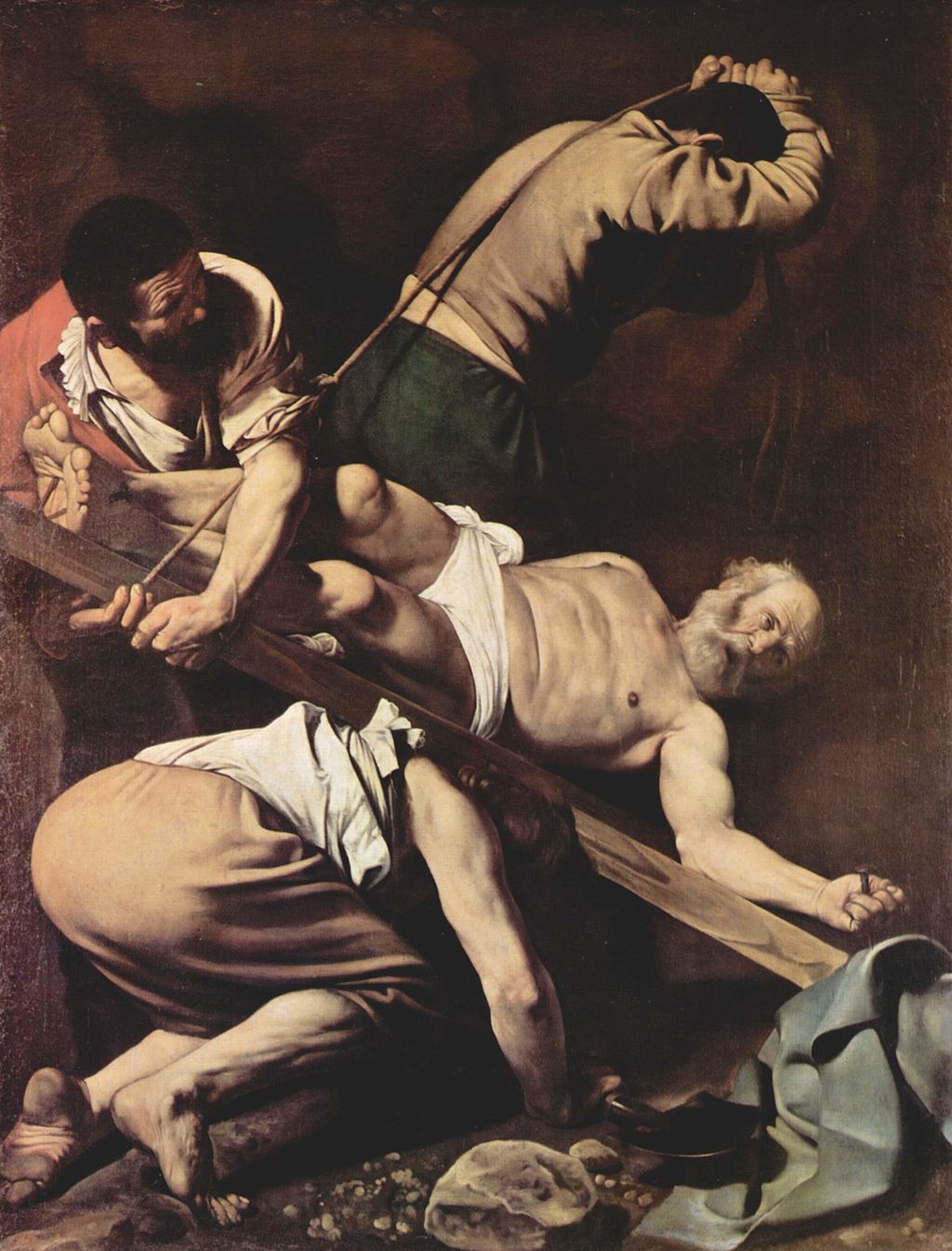 The authorship of 2 Peter is attacked by many liberal New Testament scholars such as Bart Ehrmann. The claim is that because the Greek writing style of 1 Peter is so strikingly different to 2 Peter, they must have been written by different authors.

However there are good reasons to believe 2 Peter is still authored by Peter. It was common practice at the time to use an amaneunsis (scribe) or secretary to help with letter writing, and that Peter himself needed assistance as we see from 1 Peter 5:12:

“With the help of Silas,a] whom I regard as a faithful brother, I have written to you briefly, encouraging you and testifying that this is the true grace of God. Stand fast in it.”

So it may be the case that Silas was acting as Peter’s amanuensis in 1 Peter whereas 2 Peter was written either by Peter himself or another amanuensis. This was Jerome’s view. So stylistic differences in themselves are not a strong argument against the Petrine authorship of 2 Peter.

Another argument for 2nd Peter’s authenticity is the strong internal evidence. Peter claims authorship right at the beginning of the letter:

“Simon Peter, a servant and apostle of Jesus Christ,

To those who through the righteousness of our God and Savior Jesus Christ have received a faith as precious as ours:

2 Grace and peace be yours in abundance through the knowledge of God and of Jesus our Lord.”

He also says it is his second letter to the churches:

“Dear friends, this is now my second letter to you”

It claims to come from an eye-witness of Jesus:

“For we did not follow cleverly devised stories when we told you about the coming of our Lord Jesus Christ in power, but we were eyewitnesses of his majesty. 17 He received honor and glory from God the Father when the voice came to him from the Majestic Glory, saying, “This is my Son, whom I love; with him I am well pleased.”b] 18 We ourselves heard this voice that came from heaven when we were with him on the sacred mountain.”

The author uses the same words in 2 Peter 1:17 as the transfiguration account in Matthew 17:5:

“While he was still speaking, a bright cloud covered them, and a voice from the cloud said, “This is my Son, whom I love; with him I am well pleased. Listen to him!” (Matthew 17:5)

“He received honor and glory from God the Father when the voice came to him from the Majestic Glory, saying, “This is my Son, whom I love; with him I am well pleased.” (2 Peter 1:17)

Is the author just plagiarising Matthew? Or does the author remember the words the same way because he was actually there? Peter seems to be making that very point – unless the author is a brazen liar.

The author of 2 Peter is also fully aware of the writings of Paul and calls him “our beloved brother” (2 Peter 3:15-16). Peter and Paul knew each other personally; Galatians 1 and 2 tells us that Paul became acquainted with Peter three years after his conversion  and that Peter, James and John  “extended the right hand of fellowship” to Paul.  The way the author writes about Paul in the present tense suggests he is still alive and they are contemporaries:

“Bear in mind that our Lord’s patience means salvation, just as our dear brother Paul also wrote you with the wisdom that God gave him. 16 He writes the same way in all his letters, speaking in them of these matters. His letters contain some things that are hard to understand, which ignorant and unstable people distort, as they do the other Scriptures, to their own destruction.” (2 Peter 3:16)
Given that Paul and Peter were both thought to be martyred n the 60s AD this suggests Peter wrote 2 Peter  much earlier than the late date given by sceptics (124-150 AD.) Archaeogist William F.Albright dates 2 Peter before AD 80. Its discovery as part of the Bodmer Papyri (P72, AD 250) suggests that it was also highly respected in Egypt at an early date.  While its authenticity was disputed by some of the patriarchs, 2 Peter was also cited as reliable by numerous early church fathers including Origen, Eusebius, Jerome and Augustine.
For a more detailed examination of this topic, read this article from Christian Worldview Press.

Islamic Dawah Team claims you need to know Arabic to talk about the textual variants in the Qur’an. The topic is the different Warsh Qu’rans.

Did Allah protect his Word?

Daniel talks to Muslims on the reliability of Christian Scripture. The Muslim in this video asserts that Allah didn’t preserve the Torah, but Sura 3:3 and 18:27 say otherwise.

Sura 3:3 He has sent down upon you, [O Muhammad], the Book in truth, confirming what was before it. And He revealed the Torah and the Gospel.

Sura 18:27 And recite, [O Muhammad], what has been revealed to you of the Book of your Lord. There is no changer of His words, and never will you find in other than Him a refuge.

Are there any mistakes in the Qur’an?

Hatun talks to a Muslim who claimed there are no mistakes in the Qur’an. Sadly he had to leave for prayer…