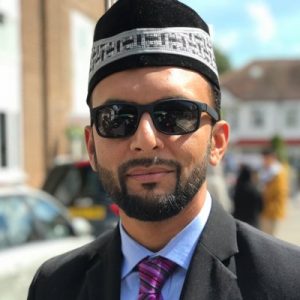 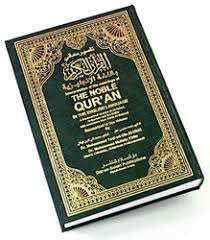 For a while, the Independent has been doing its best to present Islam in a rosy light and  squash any legitimate criticism of the religion.  Rushing to condemn the mention of the Parson’s Green bomber’s refugee status as Islamophobic; helpfully suggesting that Britain deals with the terrorist threat by carrying on as before; opining thoughtfully that shouting Allah –u-Akhbar before murdering someone doesn’t make you religiously motivated – that sort of thing. Now the Indie’s really upped its game with its latest piece by Qasim Rachid (a regular contributor)  entitled “How the teachings of Islam could help us prevent more sex scandals.” Islam will prevent sex scandals? Sex scandals like the systematic rape and grooming of young girls in Rochdale, Rotherham and Newcastle, right? Tell me how a religion founded by a man who married a nine-year-old girl, plus another 10 women (some forcibly) in addition to his regular sex slaves, will help here. Seriously. I’m all ears.

Mr Rachid tells us “Islam implores accountability to the creator, but rather than preach empty dogmatic theories, Islam instead prescribes a proven secular model.” How can Islam implore accountability to a creator but prescribe something secular? Let alone ‘prove’ anything? Which Muslim nation or branch of Islam has ‘proven’ itself to be free of sex scandal?  Obviously Rachid can’t prove this, so instead he goes to Islamic scripture, increasing his problems 100-fold:

“The Quran 4:2 first establishes men and women as equal beings”

(Please note, Mr Rachid is an Ahmaddi Muslim, so quotes the Ahmaddi Qur’an; its  references are a verse ahead of standard Qur’an referencing. So when he says Sura 4:2, he is referring to Sura 4:1 in a standard Qur’an.)

This verse talks about mutual rights (although that phrase is not in the Arabic), but says nothing about men and women being equal in essence. In fact, Sura 4:34 says something quite the opposite:

“Men are the protectors and maintainers of women because Allah has made one to excel the other.”

“Chapter 4:20 [4:19] then forbids men from forcing a woman to act against her will, thereby ensuring women maintain autonomy and self-determination.”

No, it says you are forbidden to inherit women against their will. Wait  – you can take women as inheritance, like the family silver ? Now that’s what I call female autonomy and self-determination! Keep going, Mr Rachid:

How brazen. Mr Rachid is quoting the very same Sura that says “But those [wives] from whom you fear arrogance – [first] advise them; [then if they persist], forsake them in bed; and [finally], strike them.” Again the Qur’an teaches the opposite of what he wrote.
What does he have to say about the hijab?

“The Quran obliges women to dress modestly as a covenant with God.”

Where does it say this in the Qur’an? Which verse? This is what Sura 33:59 actually says:

“O Prophet, tell your wives and your daughters and the women of the believers to bring down over themselves of their outer garments. That is more suitable that they will be known and not be abused. And ever is Allah Forgiving and Merciful.” (33:59) This has nothing to do with a covenant with God. Rather the woman is mandated to cover to protect herself from sexual harassment. The implication is that if the woman doesn’t cover, she’s asking for it, as I’ve written about before.

The Qur’an does tell men to lower their gaze from women (Sura 24:30), but at the same time  excuses men’s sexual proclivities. Sura 4:28:

“Allah wishes to lighten (the burden) for you; and man was created weak (cannot be patient to leave sexual intercourse with woman.)” Ibn Kathir makes clear this weakness is sexual.

Rachid finishes with a heart-warming story of Muhammad man-handling his friend to get him to look away from a woman’s beauty. Seems he didn’t feel like mentioning Muhammad’s marrying his adopted son’s wife, threatening to divorce his wives for getting annoyed by his antics with a slave girl, marrying Safiya after capturing her in a raid, or giving women in exchange for horses and weapons (Sirat Rasul Allah, trans. A Guillaume p466).

Jesus never married. Jesus never had sex slaves. He never sexually exploited women. The Cross of Christ is justice for the victims of sexual exploitation and mercy for the perpetrators if they turn to him. Healing and forgiveness made possible through Christ’s death and the work of the Spirit are a far better solution to all this, as I hope Mr Rachid realises one day.

But Mr Rachid’s lies or delusions are not the most depressing thing about this article. The most depressing thing is that it’s not loitering unread in an Ahmaddi mosque somewhere; it’s on the website of a national newspaper. How did a national newspaper let this dawahganda in unchecked? (I’m sure the fact 30 per cent of the Indhi is owned by a Saudi businessman has nothing to do with it.)  And why, to speak for Islam, did it give a platform to Mr Rachid, an Ahmaddi Muslim? Ahmaddi Muslims are moderate, but the vast majority of Muslims consider them heretics.

At least opposition in the article’s comments section has been, er, vigorous. But it’s a sad day for British journalism when a once reasonable rag like the Indie fails so spectacularly to live up to its name.