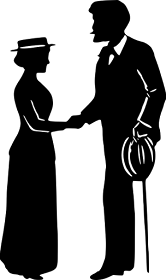 We were excited to learn from Muslims on Sunday that DCCI is being paid by “the Jews”. However, having each now had time to check our bank statements, we are disappointed to find that nothing has arrived. Not even a penny. Also, the Jewish people at the park know nothing about this. So if our Muslim friends know who these Jews are that would like to pay us, please do tell us, so we can make contact and put the practical arrangements in place. As it stands, it remains that none of us are paid to go to the park.

Hatun Tash was also informed by Muslims that she has Shia Muslim family in Iran. This was exciting news for Hatun, as she is Turkish and was entirely unaware of any Shia or Iranian connections. Perhaps the family branched off some centuries ago, and making contact could provide a wealth of new evangelistic opportunities? After all, Shia Muslims are as welcome into the body of Christian believers as Sunni Muslims for “all are one in Christ Jesus” (Galatians 3:28). Or maybe ITV could make an episode of “Long Lost Family”. Again, we were disappointed, as Muslims were not able to provide any names or contact details for these distant relatives.

On another point of clarification, when a Christian woman offers to shake hands with a Muslim man, or even with a Christian man in the presence of a Muslim, this is not an invitation to a sexual liaison. A handshake functions as a formal and/or friendly greeting: sufficiently formal that if a date between a man and a woman was to conclude with a handshake, it would probably indicate that things hadn’t gone too well and a second date was unlikely to materialise.

Sexual liaisons in London are usually preceded by a trip to the cinema for whatever rubbish happens to be showing, an expensive meal and several glasses of the alcoholic beverage of choice.

The Bible is clear that sex is a good gift between a man and a woman in marriage. Biblical Christians generally don’t go in for the bad date scenario described above. As to how men and women should interact, 1 Timothy 5:1-2 advises: “Treat younger men as brothers, older women as mothers, and younger women as sisters, with absolute purity.” If I shake hands with my boss, someone at the supermarket checkout, or my friend’s mother-in-law, none of them would suspect me of impure thoughts or intentions – and probably most Muslims understand the same.