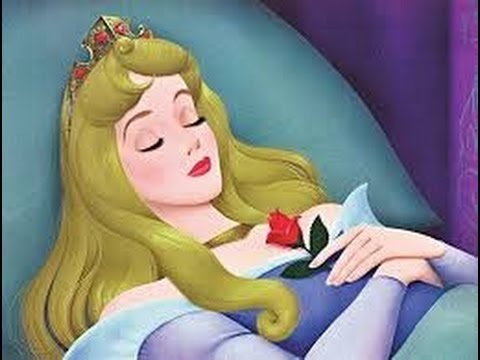 The recent debate between David Wood and Shabir Ally on ‘Did Jesus Rise from the Dead?’ exposed an uncomfortable fact for Muslims – that despite the Qur’an’s claim to be a ‘well-explained confirmation of the previous Scripture’ (Sura 10:37 ) neither it nor any of the other Islamic sources remotely explains what happened to Jesus. What you get instead is a big, confused mess.

And [for] their saying, “Indeed, we have killed the Messiah, Jesus, the son of Mary, the messenger of Allah .” And they did not kill him, nor did they crucify him; but [another] was made to resemble him to them. And indeed, those who differ over it are in doubt about it. They have no knowledge of it except the following of assumption. And they did not kill him, for certain.

Most Muslims presume from this that Jesus didn’t die by crucifixion; instead they go along with one of two theories. Substitution theory – that someone else died on the Cross,  disguised to look like Jesus while Jesus himself was raised to heaven alive; or Swoon theory, where Jesus passed out on the cross after which he was either taken up to heaven alive (Shabir Ally’s position) or he was laid in the tomb but revived, stumbled on his bloodied, nail-pierced feet unwitnessed and unassisted to Kashmir, where he continued to preach Islam until he eventually died (the Ahmaddi position.)

The earliest tafsir writers support substitution. So who went on this cross in Jesus’ place? According to Ibn Abbas (d.687 AD), it was  the Jew’s ‘man’,  Tatianos. Who is Tatianos? If Muslims were able to identify this person 7 centuries later, how come Christians have never heard of him? Or maybe Ibn Abbas got the wrong story.

Ibn Kathir (d.1373 AD) tells it differently. In his account, Jesus asked one of his friends to volunteer. He chooses a young, rather insistent chap- lucky him.

“Who volunteers to be made to look like me, for which he will be my companion in Paradise” A young man volunteered, but `Isa thought that he was too young. He asked the question a second and third time, each time the young man volunteering, prompting `Isa to say, “Well then, you will be that man.” Allah made the young man look exactly like `Isa, while a hole opened in the roof of the house, and  ‘Isa was made to sleep and ascended to heaven while asleep.

Al Jalalyn ( two writers, d.1459 and 1505 AD) say “he, the one slain and crucified , who was an associate of theirs the Jews was given the resemblance of Jesus.” Some Muslims argue it was a watchman, or Judas (some say Iscariot, others not.) For more detail on who Muslims think might have taken Jesus’ place, read this article by Sam Shamoun.

Identity issues aside, substitution theory creates a serious theological problem:  if it  wasn’t Jesus on the Cross, why did Allah allow millions of Christians throughout the centuries to believe he was? Allah must be very malicious to do that. And it goes against Allah’s own teaching – that no-one will bear the burden of another (Sura 6:164). This is why Shabir Ally doesn’t hold to the Substitution argument, although it remains the most commonly-held position by Sunni Muslims.

Rather,  Allah raised him to Himself. And ever is Allah Exalted in Might and Wise.

This verse doesn’t say explicitly that Jesus didn’t die, so Dr. Ally is relying on an argument from silence. But the Qur’an isn’t silent, because in three other verses, it says Jesus dies. Sura 3:55 (see also Sura 19:33 and 5:117)

Lo! God said: “O Jesus! Verily, I shall cause thee to die, and shall exalt thee unto Me

(Note,  not all English translations have this phrase, but it is there in the Arabic– mutawaffeeka.)

Dr. Ally speculated that this verse doesn’t have to be interpreted chronologically: it could mean Jesus was exalted (taken to heaven), and will return one day after which he will die – only there are no other verses that support this interpretation. If anything, the chronological view is supported, as the same formula (reminiscent of the creed in 1 Cor 15:3) is applied to John the Baptist in Sura 19:15:

No-one doubts that John the Baptist died. Instead Dr. Ally, like Ibn Kathir, speculates that Jesus was taken to heaven in his sleep, according to Sura 6:60

“And He it is Who takes your souls at night, and He knows what you earn by day, then raises you up therein that at an appointed term may be fulfilled. Then to Him is your return, then He will inform you of what you did.”

So Jesus was taken to Paradise in his sleep? Is he still sleeping, like Sleeping Beauty, until Allah wakes him up in time for judgement day? Or did he actually die? The Qur’an strongly suggests it. When he died, was it on the Cross? If not then and there, then where and when? Also, why does the Qur’anic Jesus get to be with Allah in heaven (despite being hopeless at preaching Islam) when Muhammad, the perfect example to mankind, wasn’t sure where he was going? And if Jesus was miraculously rescued from death, how come the same privilege wasn’t extended to Muhammad? Muhammad was fatally poisoned, only Allah didn’t swap him for a lookalike at the eleventh hour.

Dr Ally conceded that not everything in the Qur’an was meant to be interpreted historically, that a bit like “the Hulk shopping for stretchable underwear” (he really said that) just because something didn’t really happen doesn’t make it not true (or words to that effect).

Nice, humorous, vague sentiment – only the Qur’an doesn’t allow itself to be so loosely interpreted. What does Sura 10:37 say again?

And it was not [possible] for this Qur’an to be produced by other than Allah, but [it is] a confirmation of what was before it and a detailed explanation of the [former] Scripture, about which there is no doubt, from the Lord of the worlds.

What’s most tragic about this question is that it’s not something the Qur’an even needed to explain, because the Bible presents the death and resurrection of Jesus as historical fact. Not only does the Qur’an fail to explain these facts – it actively ignores them in favour of conflicting, unhistorical, unsubstantiated reports, therefore proving by its own logic that it can’t be from Allah.

David Wood quoted David Hume – “a wise man proportions his belief to the evidence” – and all the evidence for what happened to Jesus is in the Bible. The Bible also tells us why Jesus chose the Cross.

For God so loved the world that he gave his one and only Son, that whoever believes in him shall not perish but have eternal life. 17 (John 3:16)

Our Muslim friends at Speaker’s Corner tell us often how ‘logical’ Islam is. Isn’t it logical to go where the evidence leads?