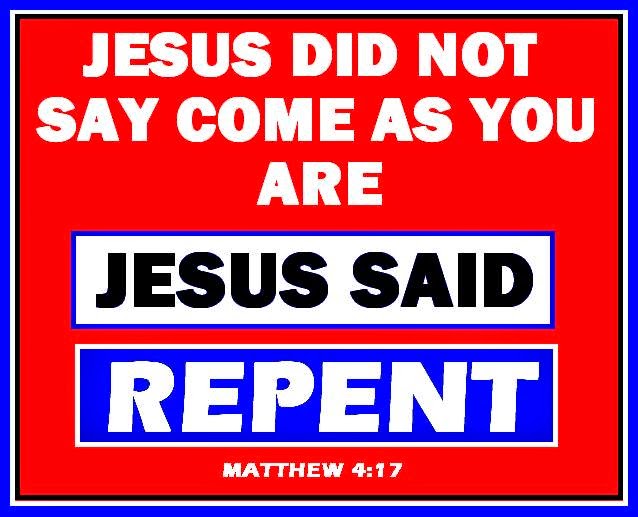 I said in part 1 that I would write about salvation in Islam in part 2, but there are a few thoughts I wanted to add on the Christian side before moving on. Apologies, and watch out for part 3.

In part 1, I asserted that salvation in Christianity starts from the basis of belief in Jesus, in his death on the Cross for our sins. But belief doesn’t simply mean unqualified theoretical assent: after all, even the devil believes in God. James 2:19:

Belief that leads to salvation isn’t simply a matter of intellectually affirming that something is true, but is something we act upon: I get on the plane because I believe the pilot can fly it. If I didn’t, I wouldn’t get on the plane. So if we say we believe in Jesus, but allow Him to have no impact on our lives, we don’t really believe Him. When Jesus announces the start of his public ministry, he couples belief with repentance: “The time has come,” he said. “The kingdom of God has come near. Repent and believe the good news!” (Mark 1:15) If we say we are Christians, and have not taken our sin seriously enough to repent, we need to examine ourselves to see if we are really in the faith, just as Paul meant in 2 Cor:13-5-6.

Repentance is the bit we like to skate over because we feel awkward about the sin part.  Let’s skip to the good bit, the assurance of eternal life. Thank you Jesus!  Why dwell on the negative? But this is dangerous. By glossing over how catastrophic sin is, we gloss over God’s drastic, radical, uncompromising, torturous solution to it is – the Cross – and how it is the only cure to a deadly sickness that affects us all. Let’s not pretend that just because we’ve never punched anyone and always submitted our tax return on time that our sin isn’t that bad – the Cross says it is. Let’s not pretend that the unarticulated bitterness towards a family member doesn’t matter because it stays in our head – the Cross says it does. We might have been a Christian for years, but find some sins just too comforting to give up. The Cross says “I gave up my comfort for you.” And then this one (James 4:17): “If anyone, then, knows the good they ought to do and doesn’t do it, it is sin for them.” Anyone else starting to feel a bit uneasy?

It is unfashionable to talk about sin these days, even in church. When not completely ignored, it is hastily brushed under the carpet,  The emphasis of church these days is inclusion. People need to understand how inclusive Jesus was. This did the rounds on Facebook recently, as an example of the “best’ church welcome notice ever (courtesy of All Saints Lutheran, Aurora, Colorado):

“We extend a special welcome to those who are single, married, divorced, gay, filthy rich, black and proud, y no habla Ingles.

We extend a special welcome to those who are new-borns, poor as dirt, skinny as a rail, got a hitch in their git-along, or just plain can’t sing. You’re welcome here if you’re “just browsing,” just woke up, or just got out of jail. We don’t care if you’re more Lutheran than Luther, or more Catholic than the Pope, or haven’t been in church since little Maria’s confirmation.

We extend a special welcome to those who are over 40 but not grown up yet, and to teenagers who are growing up too fast. We welcome soccer moms, NASCAR dads, starving artists, tree-huggers, latte-sippers, vegetarians, junk-food eaters, and people who stay up too late at night. If you’re having problems, or you’re down in the dumps, or you don’t like “organized religion,” we’ve been there too. If you blew all your offering money at Black Hawk, you’re welcome here.”

This church wants to welcome everyone because  Jesus meets us where we’re at! Grace for all, right? Because Jesus died once for all this means I can believe and then 5 minutes later carry on sinning as much as I like, right? (This objection is frequently raised by Muslims.). Hebrews 9:26 says no, you can’t:

“If we deliberately keep on sinning after we have received the knowledge of the truth, no sacrifice for sins is left, but only a fearful expectation of judgement and of raging fire that will consume the enemies of God.”

A church that is faithful to Christ welcomes people as they are, but should never expect them to stay that way. A Biblical church doesn’t water down or ignore Jesus’ call to repentance.  God isn’t a heavenly waiter who hovers ready to meet our spiritual demands. If we say we believe him, but carry on in our sins, it’s like saying you love your wife while having an affair with the neighbour and wondering why she might have a problem with that. Our sins cost Jesus His life; hence we should own up to them, and deal with them actively, ruthlessly. Who do you need to apologise to? What habits do you need to confront? (Personally, I can think of at least one in each category.)

And yet it is also true that Jesus died “once for all” (Hebrews 10:26). When we repent and believe in Christ, his sacrifice is enough for the sins of tomorrow as well as those of today. The fact I will (no doubt) sin tomorrow doesn’t change my salvation: but will I acknowledge my need of Christ to cleanse me on a daily basis in order to please him? Wilberforce used to keep a list of character flaws which he would pray through and monitor on a weekly basis.

The 19th century preacher, Charles Spurgeon put it this way:

“Too many think lightly of sin, and therefore think lightly of the Saviour. He who has stood before his God, convicted and condemned, with the rope about his neck, is the man to weep for joy when he is pardoned, to hate the evil which has been forgiven him, and to live to the honour of the Redeemer by whose blood he has been cleansed….A spiritual experience which is thoroughly flavoured with a deep and bitter sense of sin is of great value to him that has it. It is terrible in the drinking, but it is most wholesome to the bowels, and in the whole of the after life.” Spurgeon, c.1890, autobiography.

The fact that God cares so passionately about sin is good news. He hates the anger, greed, lust, slander and malice that ruin His world and there will be no sin in heaven because Jesus has dealt with all of it. He wants us to hate it too. Allah on the other hand, is not bothered by sin. As the South London Imam told the audience during a discussion on the topic last week, sin to Allah is in fact “not really a big deal.” So what exactly are Muslims saved from? How is sin dealt with? And what are the implications for Islamic paradise?