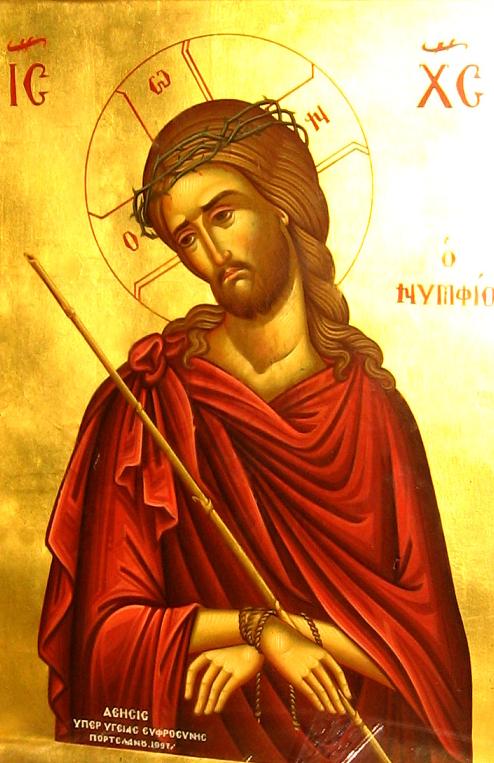 “How can the Creator of everything become a man? How can he limit himself?  It’s just not logical. It doesn’t make sense to me.”

Note the phrasing of the objection – “how can God do x?”- puts the questioner above God by implying there are things He shouldn’t be able to do. But why limit God?  Isn’t a better question “why shouldn’t God be able do x?” Someone might respond with a conundrum like  “is God able to create a stone too heavy for Him to lift?” where either answer puts you in a hole. (If yes, God is not all-powerful because he cannot lift the stone: if no, God is not the perfect creator because there is something he can’t create.) But don’t fall down that hole because it’s a conundrum that applies to Allah just as much as it applies to the God of the Bible.  If you’re going to raise objections against the Christian God on the basis of logic, then you have to be consistent and admit that Allah doesn’t conform to human logic either.

And the appeal to logic is disingenuous because Muslims’ highest authority isn’t logic, it’s revelation. They have to believe that Jesus was no more than a human creature not because it’s logical, but because the Qur’an says so. That same Qur’an also claims to confirm the previous Scripture (Sura  2:136, 2:4, 2:41, 3:2-3,  4:136, 5:46-48) which plainly teaches that Jesus is God in the flesh:

“The Word became flesh and made His dwelling among us. We have seen His glory, the glory of the one and only Son, who came from the Father, full of grace and truth.” (John 1:14)

“Have the same mindset as Christ Jesus: who, being in very nature God, did not consider equality with God something to be used to his own advantage” (Phillipians 2:6)

“For in Christ all the fullness of the Deity lives in bodily form” (Colossians 2:9)

(Most Muslims will pick the third way and claim the Bible has been corrupted, which the Qur’an doesn’t say: it was a theory first put forward by 11th century scholar Ibn Hazam.)

Then there is the issue that having a son is actually impossible for Allah:

“He is the Originator of the heavens and the earth. How can he have children when he has no wife?” (Sura 6:101 Hilali Khan)

Wait – Allah is constrained by his singleness? Even single human beings can have babies if they put their mind to it. Are single human beings more powerful than Allah? It is very odd thing for Allah to say because he shows he is perfectly capable of creating a child when Maryam conceives Isa by his spirit (Sura 66:12). But according to Allah, creating a child is not how you confer sonship; rather sons are something you ‘take’. Sura 39:4:

Had Allah wished to take to Himself a son, He could have chosen whom He pleased out of those whom He doth create:but Glory be to Him! (He is above such things.) He is Allah, the One, the Irresistible. (Sura 39:4 Yusuf Ali)

Given he claims the previous scriptures as his own, it seems Allah has forgotten that divine Sonship has nothing to do with either fathering or adopting a human creature. According to the Bible, God the Father doesn’t ‘take’ a son, in the sense of fathering or adopting a child. Jesus is not a creation of God; he exists eternally as the Son of God and has done so both before and after his incarnation.  But Allah sees sonship in purely human terms, and he is above such things:

While fatherhood might be beneath him, it nonetheless ‘befits’ Allah to come to earth disguised in a burning bush. Sura 27:7-8 re-tells the story of Moses:

“Behold! Moses said to his family: “I perceive a fire; soon will I bring you from there some information, or I will bring you a burning brand to light our fuel, that ye may warn yourselves. But when he came to the (fire), a voice was heard: “Blessed are those in the fire and those around: and glory to Allah, the Lord of the worlds.”O Moses! verily, I am Allah, the exalted in might, the wise!..”

“She placed a screen (to screen herself) from them; then We sent to her our Ruh [spirit] and he appeared before her in the form of a man in all respects.”

So even in Islam, Allah’s spirit becomes a man and is subjected to limitations. This isn’t logical, even by the Qur’an’s own ‘logic.’ How can a monad be constrained? Who is running the universe while Allah is in the bush or talking to Mary? Coming to earth and taking on flesh is not a problem for the Trinitarian God of the Bible – in fact it was predicted He would do so throughout the Old Testament. But why did He?  We will look at this in our next article.

With thanks to Sam Shamoun and David Wood.

2 thoughts on “Objection 2: How can God become a man?”