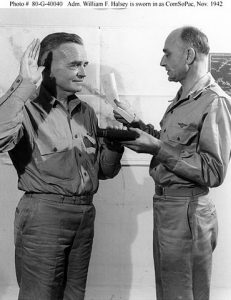 “O Prophet, why do you prohibit [yourself from] what Allah has made lawful for you, seeking the approval of your wives? And Allah is Forgiving and Merciful. Allah has already ordained for you [Muslims] the dissolution of your oaths. And Allah is your protector, and He is the Knowing, the Wise.” Sura 66:1-2

This is one of those verses from the clear, detailed, well-explained Qur’an that is impossible to explain without the ahadith and the tafsirs to help us. What is it that Allah has made lawful to Muhammad? What was his oath that Allah released him from?

There are two possible contexts to the revelation. The first is that that Aisha was jealous of Muhammad for staying too long drinking honey at Zainab’s place, so she incited his other wives against him to ask if he had been drinking maghafir – a kind of sweet sap with a strong smell – implying “you smell, Muhammad.” Muhammad said, no, I’ve just been drinking honey, but to keep you happy, I promise I won’t drink it again. This is in Ibn Kathir. It’s also referred to in Bukhari and Muslim.

The other context, and the more popular among the classical tafsir writers, is the story of Mary the Copt. The Qur’anic commentators Al-Jalalyn (Tabari, Al-Badawi and Sunan an-Nisai as well) all refer to this story, as does Ibn Kathir, who – according to this Muslim – said the honey story was a “questionable” context of revelation for these verses. And if this Muslim is to be believed, the story of Mary the Copt has been expunged from the on-line version of his tafsir. If true, then why? Probably because it’s so embarrassing to the prophet of Islam.

The story goes like this. Muhammad used to visit his wives in turn; when it was Hafsa’s turn, he didn’t find her at home. Rather than wait for her, he decided to have sex with with his slave girl, Mary the Copt – a present to Muhammad from al-Muqawqis, the ruler of Egypt after the treaty of al-Hudaybiyah – in Hafsa’s bed. Hafsa is upset by this, after which Muhammad agrees to make Mary “unlawful” for him. Here is Al-Jalalyn’s tafsir:

O Prophet! Why do you prohibit what God has made lawful for you in terms of your Coptic handmaiden Māriya — when he lay with her in the house of Hafsa who had been away but who upon returning and finding out became upset by the fact that this had taken place in her own house and on her own bed — by saying ‘She is unlawful for me!’ seeking by making her unlawful for you to please your wives? And God is Forgiving Merciful having forgiven you this prohibition.

“O Prophet, why do you prohibit [yourself from] what Allah has made lawful for you, seeking the approval of your wives? And Allah is Forgiving and Merciful. Allah has already ordained for you [Muslims] the dissolution of your oaths. And Allah is your protector, and He is the Knowing, the Wise.” Sura 66:1-2

In other words, go ahead Muhammad: it doesn’t matter that Hafsa is upset, your instant sexual gratification is more important than your wives’ feelings. And if they complain, what does Sura 66:5 say?

“It may be if he divorced you that his Lord will give him instead of you, better wives than you.”

Quite apart from the murky light it sheds on Muhammad, what are ordinary Muslims to make of it? Why are these verses in the Qur’an, Allah’s eternal speech? How are they to apply these verses to their lives, given that Muhammad is their ‘exalted pattern of conduct’?

Muhammad’s sexual morality is a subject for another post, as is the convenience of his revelations, but for now let’s compare Allah’s casual rescinding of Muhammad’s oath with what the Bible says. The Old Testament affirms that making a vow to the LORD is a serious act, not to be taken lightly:

YHWH says it’s better not to make the vow at all if you don’t think you can keep it:

When you make a vow to God, do not delay in fulfilling it. He has no pleasure in fools; fulfill your vow. It is better not to vow than to make a vow and not fulfill it. (Ecclesiastes 5:4-5-6)

“Again, you have heard that it was said to the people long ago, ‘Do not break your oath, but fulfill to the Lord the vows you have made.’ 34 But I tell you, do not swear an oath at all: either by heaven, for it is God’s throne; 35 or by the earth, for it is his footstool; or by Jerusalem, for it is the city of the Great King. 36 And do not swear by your head, for you cannot make even one hair white or black. 37 All you need to say is simply ‘Yes’ or ‘No’; anything beyond this comes from the evil one.

YHWH of the Bible is a God of His word – He does what He says He will do. Jesus keeps His word to His Father and His followers, even to the point of sacrificing Himself on the Cross for the sake of a world that hated Him. Nothing self-gratifying about that.