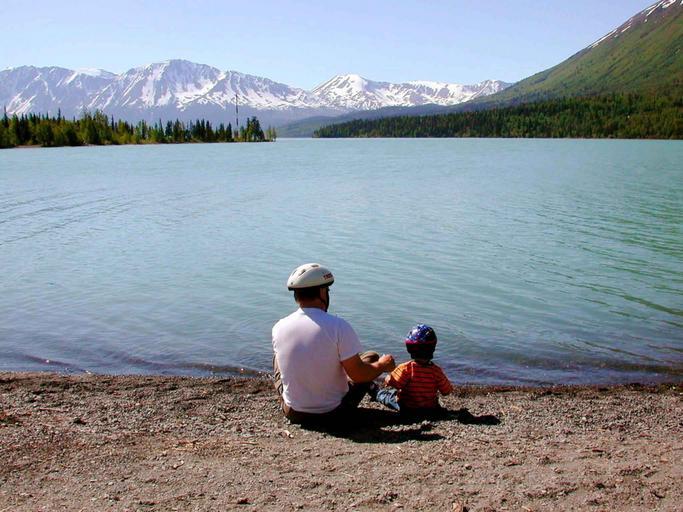 We’ve been having discussions recently with a muslima who has got very annoyed at our suggestion that the name ‘Father’ only applies to the Christian God and not to the Islamic deity. She claims it’s OK to call Allah ‘Father’ because Allah ‘fathered’ all of us in the sense he ‘created’ all of us. So by that token, it’s OK for Muslims to call Allah their ‘father.’ But does this reflect what the Qur’an teaches?

Not in the least. If anything, Allah is at pains to point out that this is not how Muslims should perceive him:

After dismissing the Christian belief in the divine Sonship of Jesus Christ, Allah says:

“Not one of the beings in the heavens and the earth but must come to (Allah) Most Gracious as a slave.” 19:93 (Hilali/Khan)

Nor is ‘Father’ one of Allah’s 99 names. In fact, calling Allah ‘Father’ is ‘a very grave sin’ according to this Muslim commentator:

No one has the freedom, no matter how well-intentioned, to ascribe to Allah Most High such false names and attributes as ‘father’ that they themselves create. That is a very grave sin indeed. Rather Allah Most High has Himself provided all His beautiful names (al Asma al-Husnah) in the Qur’an, and ‘father’ is most certainly not one of them, and can never be one of them. Neither is Allah Most High father, nor can He be even compared with father, since He is incomparable. Indeed elementary common sense reveals that He cannot be father since, although He created both the male and the female, He is neither male nor female. While the English word ‘He’ connotes masculinity, the Arabic word Huwa does not! The ‘moon’, al-Qamar, for example, is in the masculine gender in Arabic and yet is never considered to be male.

In the Qur’an Allah also takes Jews and Christians directly to task for their claim to be ‘children of God’:

But the Jews and the Christians say, “We are the children of Allah and His beloved.” Say, “Then why does He punish you for your sins?” Rather, you are human beings from among those He has created. He forgives whom He wills, and He punishes whom He wills. And to Allah belongs the dominion of the heavens and the earth and whatever is between them, and to Him is the [final] destination. (Sura 5:18)

In so doing Allah reveals the deficiency of his knowledge about Christian Scripture. No Christian believes God punishes us for our sins; instead out of mercy, Jesus is punished on our behalf:

“But he was pierced for our transgressions, he was crushed for our iniquities; the punishment that brought us peace was on him, and by his wounds we are healed.”(Isaiah 53:5)

Allah also assumes fathers wouldn’t punish their children for their sins, when there are ahadith which clearly advocate punishing children when they do the wrong thing. For example:

It was narrated that Abu Hurayrah said: The Messenger of Allah said: “Teach your children to pray when they are seven years old, and smack them (lightly) if they do not do so when they are ten, and separate them in their beds.”(Narrated by Abu Dawood, 495; classed as saheeh (authentic) by Shaykh al-Albaani in Saheeh al-Jaami’, 5868)

Allah seems to be confusing punishment with discipline, which Hebrews 12 speaks of in a positive sense. God disciplines us as a loving Father also disciplines his children:

It’s puzzling why Allah misunderstands fatherhood so much, given he is the creator of all things, including human relationships.  Christian Scripture doesn’t just have a different definition of fatherhood, the first person of the Trinity is a Father. There is evidence for this in the Old  Testament as well as the new:

Is this the way you repay the Lord, you foolish and unwise people? Is he not your Father, your Creator, who made you and formed you? (Deuteronomy 32:6)

Jesus teaches his followers to call God ‘Father’ when they pray:

‘This, then, is how you should pray: ‘“Our Father in heaven, hallowed be your name” (Matthew 6:9)

How amazing that God wants this kind of intimate, familial relationship with weak, sinful creatures like us! But it’s a relationship that isn’t conferred on us automatically, but by choice, through repentance and faith in Jesus as the unique Son of God who died in our place. “Whoever does not honour the Son does not honour the Father, who sent him.” (John 5:23)

“So in Christ Jesus you are all children of God through faith, 27 for all of you who were baptised into Christ have clothed yourselves with Christ.”

So if our Muslims friend wants to call god Father, she needs a different god.

70 thoughts on “Allah Is Father To No One”